New opportunities to expand and develop are opening up for different members of the Traction Network. Keep looking out for what God will do!

The Traction Housing Justice Cohort is formed! The cohort is a group of black and brown families gathering together to share their experiences and sometimes resources to push against historical and current injustices as they pursue home ownership.

Traction formalizes its identity and expands.  Traction encourages, supports and trains Christians to share their lives, resources and networks beyond socially prescribed boundaries. In January 2018, after nearly 10 years of organic activity, Traction formally becomes a ministry of Cambridge Community Fellowship Church in Cambridge, MA. Leslie Moore will lead the initiative with administrative support from Laura Mitchell.

Traction hosts Christmas parties to remember in MA and RI

Earle, a new member of the Traction network invites several men experiencing homelessness to share his new home. His parent’s church, home church and friends helped to furnish it and stock the shelves.

4 individuals/families transitioned into their own apartments in Central Falls, RI

After participating separately in the men’s and women’s Traction houses, a separated married couple reunited, gained employment, saved money and moved into a local apartment with their two children

January 21, 2013 – Traction founder Leslie Moore shares the purpose of Traction with 12-yr old Noah Johnson who decides to raise money to support Traction and fund a visit to Boston to present the check himself.

January 25-30, 2013 – Noah springs into action.  He calls Miss Blythe, the Chamber of Commerce,  Palo Verde Community College, Taylor Swift’s manager and anyone else he could contact to help organize a fundraiser.  He decides on a talent show called Blythe’s Got Talent

Someone in the Traction network begins sharing one of the units in her two family home. “Le Chateau” is set up to support young women and young moms and their children.

6 Traction participants were recognized by College Bound Dorchester for entering into their first semester of college.  Two of the students were young moms from the Chateau House 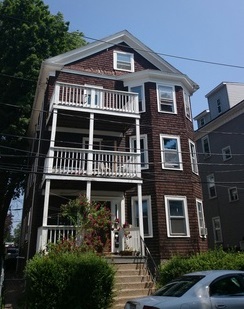 The Original Traction house was designed for young men who might have described themselves as spinning their wheels with life goals. With leaders living in the house amongst participants, the goal was to create a healthy family feel where basic needs were met and each person was encouraged and challenged to take steps towards individual and shared house goal